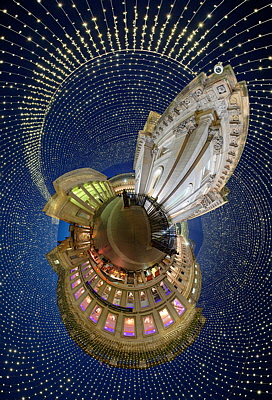 The University of Strathclyde was established in 1796 by John Anderson, Professor of Natural Philosophy at Glasgow University, as “the place of useful learning”. Today it has 15,000 undergraduate and 7000 post-graduate students. The John Anderson campus is conveniently situated in the city centre and on-site accommodation only minutes away from the lecture venues at the Physics Department in the John Anderson Building.

Glasgow is Scotland’s largest city and the third largest in the UK with a population of 2.3 million within its metropolitan area. Glasgow was designated European Capital of Culture in 1990. It is served by its own Glasgow International airport, and also within easy reach of Prestwick and Edinburgh airports, and is well served by rail and road links.